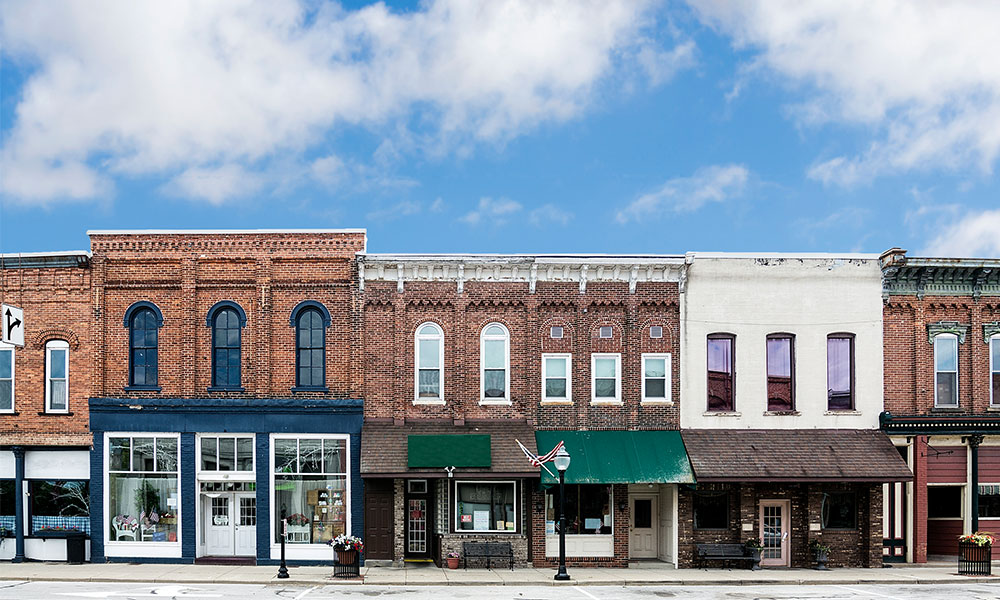 Huntingburg, Indiana, is exactly where you want to live. The small city of slightly more than 6,000 people couldn’t be a more picturesque Hollywood version of a small town if it tried to be.
In fact, Hollywood itself has frequently stopped trying to imitate small-town America, and instead decided to just use Huntingburg. The movies A League of Their Own, Hard Rain, and The Soul of the Game were all filmed in Huntingburg, earning the town the nickname “The Hollywood of the Midwest.”
But while the glitz and glamour of Hollywood may make a stop in Huntingburg every few years, the town still needs to deal with the reality of being a small community in rural Indiana. That reality is the same reality facing many small towns in rural America, like a population that has largely remained the same size since 1990.
What that means is that while few people have heard of Huntingburg, the people who do live there aren’t leaving. That’s what creates the small-town, everyone-knows-everyone-else type of atmosphere that so many people love about small-town America.
The realities of small-town America also mean that local government has to be creative with its resources. City councils and city managers in towns like Huntingburg have to learn how to stretch a dollar in ways that their metropolitan counterparts often do not. The public officials in Huntingburg do not have the amount and diversity of financial resources—or the political clout—that their counterparts in Indianapolis, located 125 miles away, do.
Instead, town leaders have to look to efficient and innovative ways to trim their budget, and ensure their funding is being directed toward expenditures that improve the quality of life for people who choose to call Huntingburg home.
Expenditures like better schools and playgrounds, and well-funded first responders.
And one way the leadership of Huntingburg decided to make the most of their money was by using BoardPaq. A recent article in the Dubois County Free Press noted just how successful their use of a board portal has been when it said the following:
“In efforts to reduce redundancy and cut back on paper, printer and labor costs to create agendas and the necessary paperwork to run the city, the city purchased the computers and an annual subscription to BoardPaq — special cloud-based services designed for operating meetings. The five council members, clerk-treasurer, three utility service board members, and the city attorney were all issued the new devices.”
The Mayor of Huntingburg, Denny Spinner, also noted the reduction in time spent preparing for council meetings, saying that switching from paper-based meeting material to using BoardPaq is a “cost-efficient way to do things.”
Small-town leaders like Mayor Spinner do not step into a leadership role for the glory, or the riches (small-town mayors often serve in a volunteer capacity). These individuals step up because they want to make a difference, and they want to get things done. Spending time preparing stacks of printed council packets does not fall under the category of “getting things done.” Staff time is precious, and should be spent on important issues, and meeting the challenges all local governments face.
If you serve on a city, county, or town council or commission, talk with BoardPaq today. Your community can join the growing number of school districts, rural electric co-operatives, and local governments that are making BoardPaq the board portal of choice for local leaders making a difference in their communities.
See the full list of articles